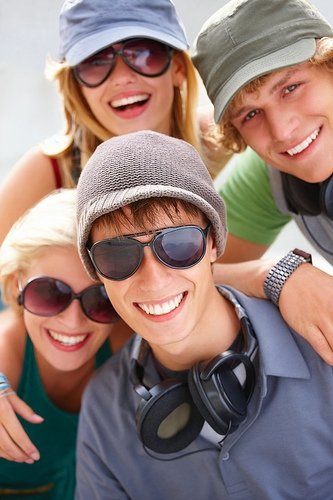 At Whitlock Orthodontics, we know that for most teens, the thought of having metal brackets and wires attached to their teeth for a period of time may be more than enough to delay orthodontic treatment. But thanks to innovations in technology and the recent wave of celebrities undergoing treatment, the days of “metal mouth” are all but gone. Teens today have more options than ever before, including high-tech, removable option called Invisalign Teen.

Invisalign Teen is a method of straightening your teenager’s teeth using a series of clear, almost invisible, removable aligners. Invisalign combines the treatment plan recommended by Dr. Boyd Whitlock with proprietary 3-D, computer-generated software to move your teenager’s teeth in very precise increments. Invisalign Teen is designed with “compliance indicators” that fade from dark to light during a period of time and let your child know when to change trays. And because we know kids tend to be forgetful sometimes, each aligner comes with replacement aligners in case the original aligner ends up lost or broken.

If you would like to schedule an initial consultation to talk with Dr. Boyd Whitlock to find out if Invisalign Teen is right for your child, we invite you to give us a call at our convenient Springdale, AR office.